Looking for some word cheats? you are in the right place then! we at the wordfeud helper feel pride to provide gamers with the very best game tools including Words with Friends, Chum cheat, Scrabble Solvers and the best woorden helper in the business.

View the words available to you when you input your letters. Use our powerful helper tool to find out the best words and beat any of your opponents like friends, family and strangers.

How to use this tool?

Please follow the below three easy steps to generate letters for your game:

Step 1) Enter your letters and press enter or click on the Find Words button.
Step 2) Scroll down the page and see our powerful tool will present all the possible cheats and combinations in different sections.
Step 3) Click on the Reset button and repeat Step 1.

As soon as you press the Find Words button our powerful helper tool starts finding the best characters for you. Within a blink of an eye, the generator tool will represent the best words for you in different sections below starting from smallest letters to largest ones e.g 2 letter words, 3 letter words, 4 letter words, 5 letter words and so on.

In our powerful words generator tool, you can put up to 12 letters to find words. You can also put 7 letter words in the cheat app to beat your opponents.

How does wordfeud helper work?

Our most popular tool is also known as words generator that helps the game players to get the best helping words to beat their opponents. Our tool is always helpful for those players who want to make words from letters to beat their friends. The purpose of making this helper tool is to find the best words so that our players always win the game.

Hundreds of thousands of Dutch people use Wordfeud Helper in the Netherlands. But what are the limitations? What happens when it helps in cheats?

The answer to this question is unfortunately not one-sided. By using a Cheat, you can rapidly score as many points as possible. It does not matter how long the words are or how difficult they are. It is reported that a group of players immediately exits if they sense that their opponents are using it.

There are too many reasons to use a helping tool, but the very basic reason is to use the word generator. As we have discussed earlier, the tool generates the words from letters for game players to help them beat their opponents in the game.

Besides making words, there is a large group of people who enjoy consulting Wordfeud’s word list. But not everyone can handle the most difficult letters like Q , Y , X , or C .

As a last resort, one may wish to refer to Wordfeud’s dictionary to see if the created word actually exists.

Wordfeud is a multiplayer online nederlands wordcheat game that is similar to words with friends and scrabble cheat words, but it has its own twists and perks. If you look at the gameboard very first time, it may appear to you like the other board games you are already familiar with. However in this game, if you are seeking a more adventurous challenge, it provides you with the option to customize your own board game. So you can play with your friends or with completely stranger players. To play with your friends and family, all you need to do is register yourself with your name and email.

With the help of this game, you can keep your vocabulary strong, as you can play up to 30 ongoing games at a time with your family, friends or strangers. Originally, the game was developed by Haakon Bertheussen in 2010 based on the principle of scrabble. You can play this game in multiple languages like Dutch (spaans), English, Danish (dansk), Spanish, Norwegian (norsk), Swedish and French. The game can also be played on different mobile devices like android, iPhone and windows phone. Click here to see user reviews. 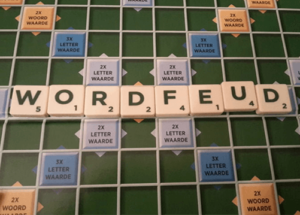 The Rules you should know before playing.

So, if you are playing the letters game in nederlands and you need some help before your 72 hours or up? there is good news for you that you can use a cheat app which can help you in solving your problems before it’s too late. Or the best option is switching to cheat board, which helps you play the highest words every turn.

In league of honour, you can play multiple tournaments with the two players game. Which includes more games than just word feud. These game apps can be easily downloaded on any smartphone (android, ios).

As we have mentioned above, the wordfeud can be played in multiple languages and each language has its own full dictionary as well. The supported languages are as follows:

Want to know which game is most popular among wordfeud, scrabble and words with friends? Well according to word games user’s reviews, the word feud has more game modes as compared to words with friends and can be played in multiple languages and each language has its own dictionary. On the other hand, it is said that scrabble is much slower than the word feud.

This game has the unique capability that you can play up to 30 games with multiplayer functionality all at the same time with your family, friends, classmates and even with strangers.

More interestingly, you can have all this fun for free. Yes, you heard right. The word feud game is absolutely free.

It is a multiplayer online words game. You can play up to 30 ongoing games at a time with your friends, family and strangers. All you need to do is register yourself with your name and email.

There are some rules to play the game, Please follow the wordfeud rules to win all games.

Yes, the game can be played in multiple languages and each language has its own dictionary.

Observing someone very closely is the best way to find out if they are cheating. When a word is put in an impossible position or if all letters are played on the board, the opponent is suspected of cheating.

When someone uses a cheat tool, it doesn’t show up in the app. In other words, you will have to judge for yourself whether your opponent wrote every word himself or whether he sought help online. 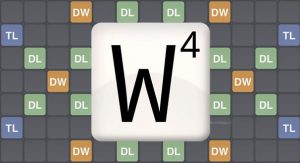 Generally, we search for the term Word feud Helper quite often. Since we all know what it is, we can also call it word generator.

There are still differences amongst them, even though they all perform almost the same function: creating words. The main differences are speed, website structure, tool results, accuracy, user-friendliness, and how up-to-date the website is.

Many websites aren’t updating their glossaries, or they aren’t optimized for mobile devices. There are also some websites lacking Dutch language support. This is somewhat strange if you’re looking for a Dutch Helper.

“We at toilet duck recommend toilet duck,” is a slogan that everyone knows. It applies here as well. If you’re looking for the best Wordfeud helper, visit thewordfeudhelper.com. You can also check out the Wikipedia page of Wordfeud where they describe it as a Word generator only.

For years, thewordfeudhelper.com has been offering a fast, accurate, user-friendly word generator tool, a complete list of words for difficult letters, tips and tricks, FAQs, game information and much more.